Why Am I Stuck 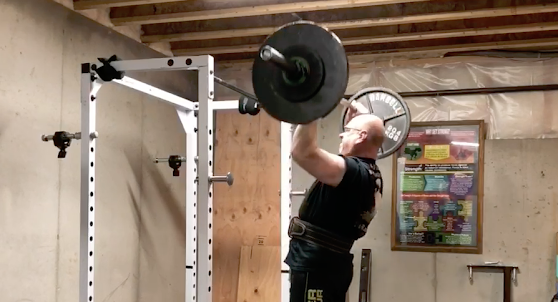 This seems to be a common question on many of the strength forums these days. Lifters constantly asking why their press or squat has stalled and how to get past the roadblock. The unfortunate truth is that there are lots of reasons one can get stuck to include:

The list above is not comprehensive but represents several common problems. Lets take a look at a few.

It may not seem significant to the person standing next to you but even common situations can create stress that will ruin your recovery between workouts. Losing a job, fighting with a girlfriend/spouse, big test coming up, death of a pet, etc …. Every one of those is a valid cause of a stress that can kill your recovery. Stress burns a lot of calories and is interpreted by the body as danger, so you waste a lot of resources when you let stress affect you.

Rest/Sleep is when your body goes in to overdrive and produces bountiful amounts of the chemicals that drive muscular growth. This is why your doctor wants you to sample your Testosterone early in the morning. Human growth hormone, Testosterone, IGF and more are all at their peaks right after you wake up. So … If you’re not getting much rest, it’s likely you’re not adapting to the stresses you have caused in the gym which means … No GainzZz …

Equally as important as rest, diet is a big factor when trying to get stronger. Your body is in a constant state of tissue remodeling and without enough Protein to perform this task, it’s not going to be remodeling any of that tissue in to muscle. On the flip side, a solid supply of Carbs is essential to drive your energy levels in the gym. Without them (even in the presence of adequate protein) you won’t be able to generate enough energy to keep your ATP stores full and nail that heavy squat. The ugly result here is that you’ll likely be going backwards instead of just being stuck.

This is one of those unfortunate things that has lots of factors … Some of which you can do nothing about. Age, lineage, sex, current physical condition and medication are just some of the many things that might make you resistant to training. Let’s back up and define this. Resistance (or less sensitivity) to training simply means that the normal amount of stress required to drive an adaptation is too little for you. So … If you didn’t grow up bathing in Testosterone, then you are more resistant to training than the guy standing next to you. If you’re over the age of 40, it’s likely your hormonal milieu is no longer optimal for driving strength gains and if your just not that gifted (Sorry, You should have gotten better parents), you likely aren’t going to be comparative to the genetic freak with a 37” vertical jump.

Overtraining has become very popular on the interwebs these days but experience and history tells us that it’s near impossible to be overtrained. Overtraining will almost be accompanied by lots of training soreness … Possibly DOM’s (Delayed Onset Muscle Soreness), trouble sleeping and a loss of strength. Can you be overtrained … Yes but it’s really, really hard. Excessive negative’s and lots and lots of inappropriate volume are about the only way to do it. Older populations seem to be most susceptible but you cant rule out a lack of recovery resources.

This is a tricky one … When a lifter reaches the end of their linear progression; which displays as multiple resets and the inability to add weight to the bar, the likelihood is that they are now so adept at performing a certain lift that they no longer can drive enough of a stress to cause an adaptation. It seems counter intuitive but even when a lift is hard, it may no longer be stressful enough to drive an adaptation. While that may sound like it makes no sense, look at the corollary. If the issue was that you  were not recovering enough, then you could simply lift less and then you would get stronger. That obviously makes no sense and since lots of people get stronger after their linear progression, then the only actual answer has to be that the specific lift is no longer effective enough on its own.

So … The first 3 reasons above you will need to address yourself, the next 2 are just unfortunate truths and the second to last isn’t really a thing. So … When your stuck, you need to ask yourself The “Starting Strength” First Three Questions:

- ARE YOU WAITING LONG ENOUGH BETWEEN SETS?

- ARE YOUR WEIGHT JUMPS TOO BIG BETWEEN WORKOUTS?

If the answer to all three questions is yes, then it’s probably time to make some programming changes. The goal with program changes is not to needlessly complicate your workouts but to change the stress from a certain lift in such a way that it continues to drive progress. There are several of ways to do this.

The list doesn’t end there but no matter what you do, the end results requires you to add MORE stress … not less. So, the next time a gym bro tells you to add a light day to help you get un-stuck and the answer to the three questions above are all yes, then politely say thanks and do a few extra sets instead. This also might be a great time to get a coach but not just any coach (you could always call me). You want to make sure your coach understands the concept of Stress/Recovery/Adaptation, knows the value of hard work and is knowledgeable enough to explain his programming decisions to you in a way that you can understand. That rules out almost every trainer at Planet Fatness along with just about any other Globo Gym.

Good luck and I’ll see you under the bar.

Popular posts from this blog 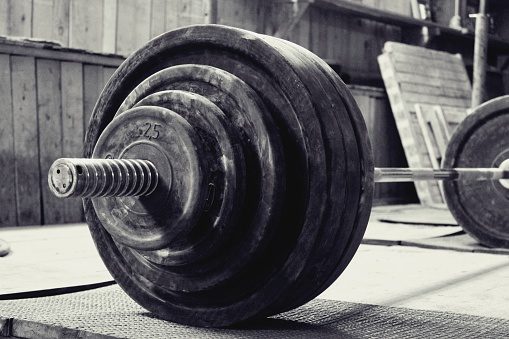 Getting strong isn’t complicated. You don’t need to learn 30 different lifts to properly exercise your body when you should be focusing on normal, natural, human movements like squatting, pulling, pressing things overhead, etc… That is the focus of this article. I break down the ability to get strong in to 4 basic lifts: Squats, Deadlifts, Press and Bench Press and I add a 5th for those who haven’t eclipsed the half century mark to help maintain power production The vast majority of this content is based on the  Starting Strength  model. This article is a brief introduction to that model. For any standard human being starting out on their journey towards strength, there really are only 5 lifts that need to be performed (possibly 4 if your a Master lifter). All of these lifts follow 3 basic guidelines. 1. Recruit the most amount of muscle 2. Over the longest effective range of motion 3. Using the most amount of weight I would add to this that we are not trying to train the bicep or the
Read more

Diet Should Not Be A Dirty Word 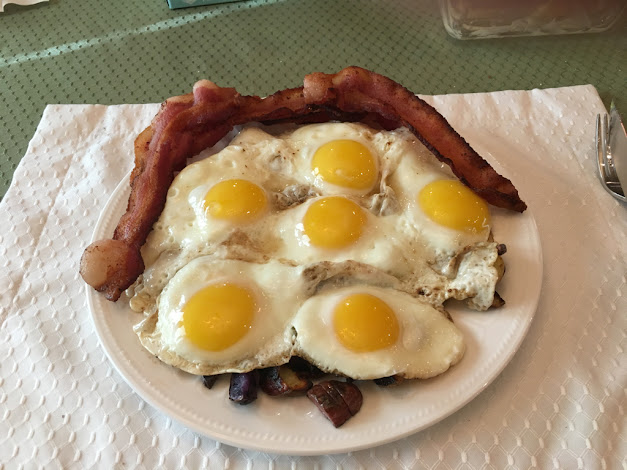 THE PROBLEM How many times have we heard someone say: “I have to go on a diet” or some derivation of that expression with the word “Diet” coming out like it’s something you should get your mouth washed out with soap for saying? How many of you in fact use the word “Diet” instead of saying: “Ruin my life and be miserable”? I get asked a lot about how to lose weight. That might be due to the fact that I once used to wear size 48 pants and now fit quite nicely in to a size 34 but what surprises people most is when I tell them I still weigh within 25 pounds of the same weight when I had a size 48 inch waist. Yep, I used to weigh 275 pounds and I wouldn’t have been able to squat a kitten but I am now a healthy 250+ pounds, wear size 34 pants and I can squat 405 pounds. Everyone seems to want to attribute my weight loss to diet and in a way, they are correct but it’s not really that simple. The mis-used word diet actually refers to what you eat and is not a fad protocol your supposed to ge
Read more